CHANGE THE LAW SO THAT YOUNG PEOPLE AGED 16 AND 17 YEARS CAN VOTE!

NYCI believes that young people should have a greater say in decisions and actions that affect them and their community. We have been campaigning for Government to extend the right to vote to 16 and 17 year olds for local, national and European elections.

Check out 9 good reasons we should have votes at 16

Ensuring that political interest is cultivated at an earlier age can only be a positive step. Such civic, social and political engagement is an integral part of an individual’s personal and social development. Like participation in extra-curricular activities outside the classroom such as youth organisations, sport or debating, the right to vote at 16 years of age will serve to empower younger people with the right to influence decisions that will affect their lives.

Since the introduction of vote at 16 in Scotland, youth interest in democracy and politics has increased. In a presentation to an NYCI seminar in 2016, a representative from the Scottish Youth Parliament stated that more young people are involved in political discussions, more engaged locally and more going on to study politics at third level. Overall, the impact has been very positive. In Austria, research conducted on voting behaviour of young voters aged 16 – 18 years of age revealed the following: Young people are interested in politics. Two thirds expressed interest in the election campaign. Turnout of the young people 16-18 years is comparable with the total national electorate. Young people of 16-18 years of age did not vote more radically than the adult population but voted in a similar way.

Reducing the age of voter eligibility to 16 will serve as a kick-start in the promotion of politics to young people and young people’s participation, awareness and cognisance of political issues affecting them.

It is true that young people learn about democracy and active citizenship in school and in youth groups, however like learning to drive, the best way to learn is to actually put the theory into practice and get behind the wheel. Likewise giving young people the vote at 16 allows them to practice what they learn. Voter participation needs to be encouraged and supported. Lowering the voter age will serve to foster a greater political consciousness amongst young people.

The earlier we engage young people in democracy and politics the greater the chance that we will promote and sustain a lifelong interest and commitment to voting and participation in the democratic process.

If a 16 year old can leave school, seek full-time employment, be liable for tax and obtain a licence to drive a tractor, why then can they not be entrusted with the civic responsibility of voting? The youth sections of the main political parties allow young people to join at either 15 or 16, therefore the political parties themselves recognise the capacity and importance of engaging young people as early as possible.

NYCI reject the argument that an electorate under the age of 18 years of age would not be mature enough to make informed decisions on voting. The current age of majority in the Republic of Ireland is 18 years of age. At 18 years of age, an individual can run for Local Government, marry, serve on jury duty and vote in local, general and European elections. However, there is not a considerable difference between an 18 year old and a 16 year old in terms of mental capacity for thought and development. An individual at 16 years of age is mature enough to inform themselves on issues affecting their lives and engage in the political system through the electoral system.

While Ireland like the rest of Europe has a growing older population, we are also unique in that we have a growing youth population; indeed according to the CSO we have the highest proportion of young people in the EU. Extending voting rights for the 2019 local and European elections would allow an additional 126,000 young people aged 16 and 17 a say on who represents them and all in the community at local and European level. Over many centuries our electoral system has evolved and been reformed to increase and widen participation, the extension of voting rights to more young people is just a continuation of that process.

Unlike previous generations, young people are much more informed, they for example undertake courses at school such as the Civil, Social and Political Education course. Unlike previous generations who may only have had access to local and national media, young people today have access to the web where they can get information and engage in discussions on a wide range of issues and politics.

We welcome the decision of Government to introduce a new subject “Politics and Society” at Senior Cycle level, which commenced in September 2016. It is important that young people are taught about democracy and participation through subjects like these. However the introduction of the right to vote alongside the introduction of this subject would excite and incentivise young people not only to learn about participation in the electoral system but also give them the right to experience it through voting.

When the Constitutional Convention was asked in 2013 to consider changing the voting age to 17, they agreed with the submission and presentation of NYCI that it was preferable to extend the right to vote to 16 and 17 year olds. They agreed with our view that 16 is the age that young people gain many rights and responsibilities in society (for example, they can leave school, seek full-time employment and pay taxes). Moreover, at the age of 16 the majority of young people are in school, studying subjects such as Civic, Social and Political Education (CSPE). We contend that the age of 16 is an optimum time to introduce young people to the electoral system.

9. Consistency with our European Counterparts…

Austria has also lowered the voting age for all elections to 16. Seven of the 16 states in Germany have lowered the voting age and a region in Switzerland has introduced it. In Austria and Germany the voter turnout of young people aged 16 and 17 was equal to that of older age groups. Other countries such as the UK and Denmark are also considering such a move.

Vote at 16 has been introduced in the Isle of Man, Jersey and Guernsey.

In November 2015, the European Parliament voted in favour of a report which recommended extending voting rights to young people aged 16 and 17 in the European elections, which are next being held in 2019.

We want the law changed so that 16 and 17-year-olds can vote in General, Presidential, Local and European Parliament elections.

To allow young people aged 16 and 17 to vote in a Dáil or Presidential election or in referendums, a constitutional amendment is required. This needs to be put to the people in a referendum. In 2013, the Constitutional Convention which discussed the matter recommended that Government should put such a referendum to the people. This unfortunately has not happened to date.

However a referendum is not required to allow young people aged 16 and 17 to vote in Local and European Elections.

Young people tell RTE why we need Votes at 16

The ‘Youth Work Changes Lives’ National Youth Work Showcase gave over 350 young people from every constituency in Ireland the chance to meet over 100 of their local TDs and Senators and share with them first-hand what they do, what they learn and the benefits of youth work for them and their communities. RTE Drivetime spoke to young people at the event, and it was amazing to hear their views on Vote at 16.

Delighted to see two of our COVID-19 era campaigns mentioned in the new @nycinews report on the youth sector's response to life in lockdown. 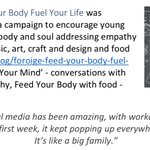 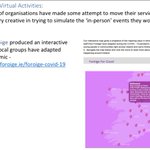